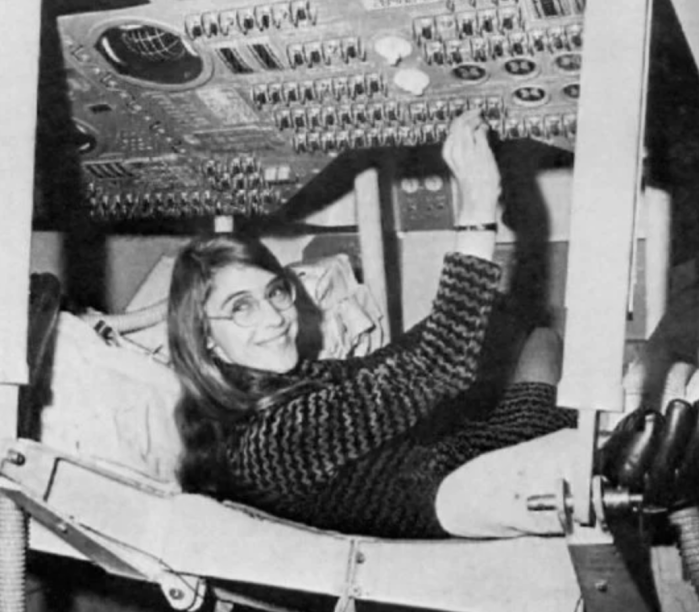 Last year I heard the first time about Margaret Hamilton. Her worst case scenario thesis was to prioritize and have the computer to focus on the most important task in order. Margaret herself said in one of her letters, it was the software that recognized the problem and took action, thus saving the mission and landing Apollo 11 on the Moon’s surface. If you have seen the movie #firstman they do mention the ”Error 1002” occurring three times before seconds to landing. This is when the programming came in on how to prioritise tasks. So smart. Made a Huge difference on the future, and so unknown. During the flight, several problems occurred; only a few minutes before the Lunar lander had reached the Moon’s surface, several of the computer alarms were triggered, suggesting that the mission should be aborted. As we know it no Armstrong would have ”taken the first step for a man – given the giant step for mankind”. I know this is a spoiler alert for a few… or hoping that this event have not passed you by.  Thinking to share and best to start the year strong and focused on what is Important. More Woman in Tech!

Other Woman in Tech Innovation

Also to mention that Ada Lovelace that did as early as 19th century write the first computer program we know of today. To little Woman are mentioned in History as we know whom have been writing the History books…. #timesup

So this is what happened to Margaret Hamilton as she ”is still an icon for women working in science and technology. In a time when most of these jobs were given to men, she managed to prove herself and become one of the major factors that allowed the United States to win the Moon race. Margaret left MIT and cofounded the Higher Order Software company, where she served as CEO from 1976 through to 1984. The company developed ideas for error prevention and created USE.IT, a product successfully used many times by the US government.

In 1985, Hamilton left the company and became the founder and CEO of Hamilton Technologies, another software development company. In 2003, Margaret Hamilton was honored by NASA with the award for her accomplishments in the development of the Apollo software, becoming the receiver of the biggest financial award given by NASA up to that point. In 2016, Margaret was honored again, this time by the US President Barack Obama, who awarded the software engineer with the Medal of Freedom award.”